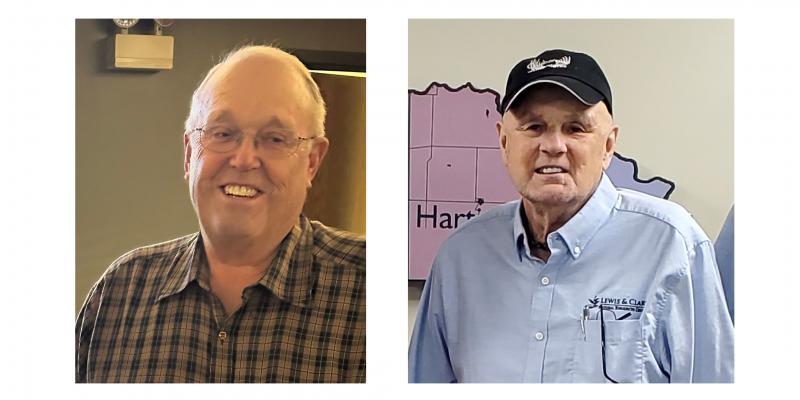 Of the six seats that were up for re-election, only two will see a change in representation. Bill Christensen (Subdistrict 3) and Gary Howey (At large) will be stepping down after serving 32 and 24 years respectively on the LCNRD Board of Directors. With the end of Christensen's and Howey's time with the Board of Directors, new members can be elected and bring new insights to the district. Carly Christensen (Subdistrict 3) and Dan Kollars (At Large) will fill their seats in January.

Carly Christensen is part owner of Christensen Well & Irrigation in Hartington and will bring his firsthand knowledge and experience with groundwater resources to the Board of Directors.

Dan Kollars is returning to serve on the LCNRD board after serving from 1997 to 2017. Dan has served as an appointed member of the Cedar Knox Rural Water Project of the Directors from 2017 to the present. Dan has experience and knowledge working with Nebraska’s natural resources.

The Lewis & Clark Natural Resources District Staff Board of Directors, and community members would like to thank Bill and Gary for all their years of service to protecting and conserving LCNRD’s natural resources. LCNRD also welcomes the new and returning members, Carly, and Dan, and looks forward to their contributions to the Board of Directors.