The Lewis and Clark NRD Board of Directors adopted rules and regulations and an appendix to the existing Groundwater management plan in order to better protect groundwater quantity across the LCNRD.

Increased irrigation development, potential for groundwater use, and drought risk prompted development of the rules and regulations to monitor, enhance, and protect the groundwater resource. The rules became effective August 1, 2014.

Some changes required by adoption of the rules include:

NOTICE OF PUBLIC HEARING:  Pursuant to and under the authority of the Nebraska Ground Water Management and Protection

Act, NEB. REV. STAT. §46-701 et seq. (Reissue 2010), the Lewis and Clark Natural Resources District will be conducting a public hearing for the purpose of taking written and/or oral testimony on the restatement of Rules and Regulations for the Lewis and Clark Natural Resources District relating to or concerning the regulation, administration and control of ground water in the district, which rules and regulations were initially adopted in January 1986, amended in July 1993, October 2004, August 2014 and April 2015.

Review the Proposed changes to the Groundwater Quantity Rules and Regulation (with changes incorporated)  by  following this link:

appendix to the LCNRD Groundwater Rules and Regulations.

On July 28, 2016 the Lewis & Clark Natural Resources District (LCNRD) Board of Directors approved adoption of an Integrated Water Management Plan (IMP) developed to protect groundwater and surface water quantity for the parts of Dixon, Cedar and Knox Counties in the LCNRD. The

IMP is available for on-line viewing or at the office of the LCNRD in Hartington.

The overarching purpose of this IMP is to provide a framework for joint management of groundwater and surface water resources to ensure the long term availability of both resources, so that existing users are protected.

In 2019, the first IMP biennial update from the

NeDNR  was completed. Refer to NeDNR for more information about integrated management planning. Copies are also available at the LCNRD office in Hartington. 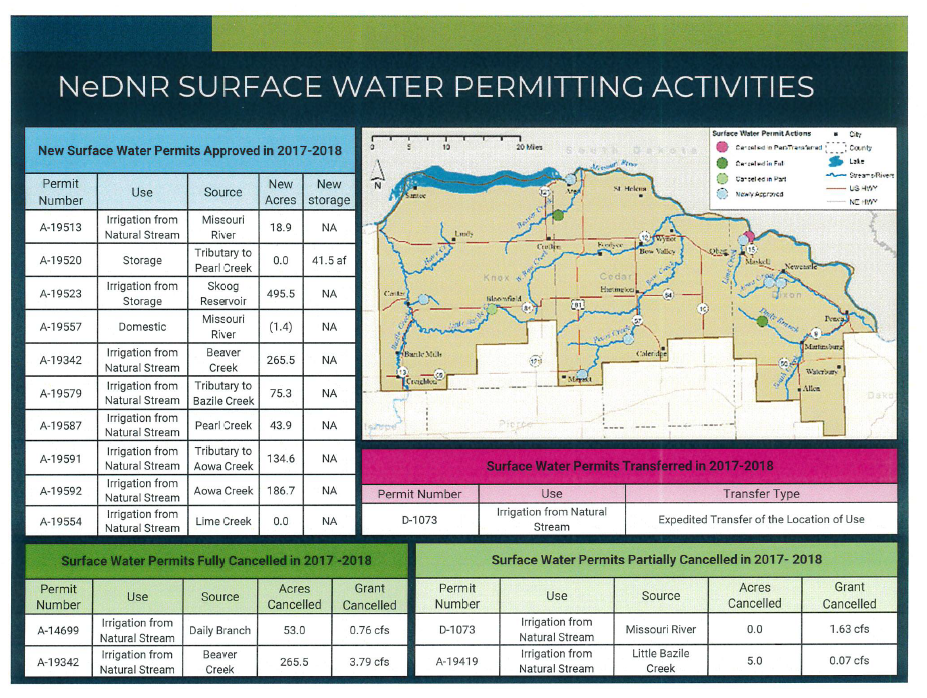 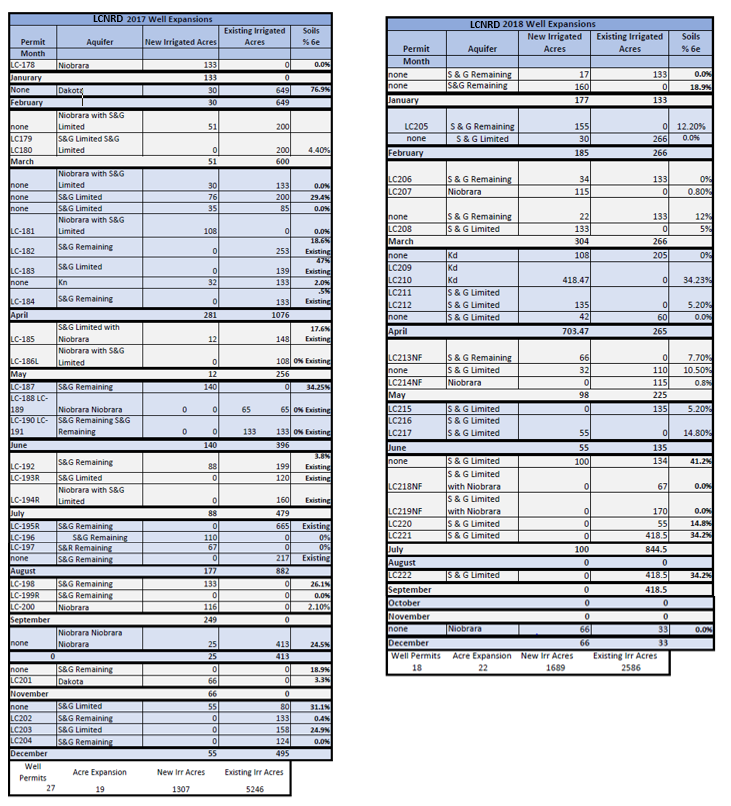 The purpose of the well monitoring by the Lewis and Clark NRD is to record the groundwater levels and their fluctuations in wells throughout the district. The LCNRD monitors trends in water level data in order to be prepared in times of sustained decline.

Each year a total of 30 irrigation wells are measured semi-annually at selected locations across the LCNRD.

The LCNRD requires all new irrigation wells that pump 50 gallons or more a minute to go through a permitting process as of August 1st, 2014.

Well Permits are required on all new irrigation wells except for:

A flow meter must be installed on all new wells pumping >50gpm. Cost-share is available through the NRCS or the LCNRD for flow meters. Flow meters will assist the LCNRD effectively monitor groundwater use in the LCNRD. 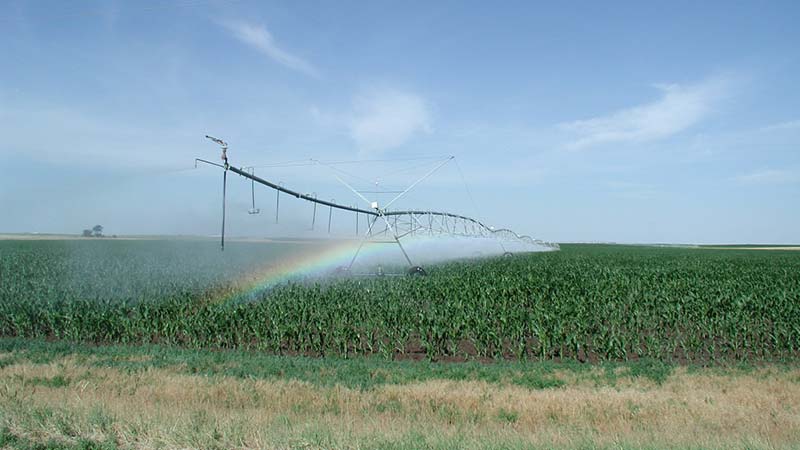 If you would like to review the Groundwater Management Plans and updates they are available here. 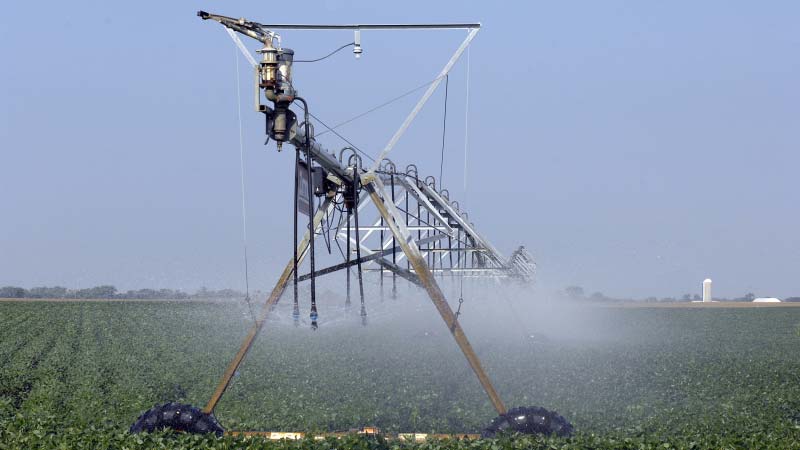